I approached Cinzia a long ago, because the eldest of my two sons, León, who was 10yrs at that time and sometimes quite nervous so I decided to go for a Naturopath and try a different approach before taking him to a GP. I had heard of Bach flowers and its effects, so I decided to give it a try.
Cinzia talked to León a little, then she did actually prepare him a mix of Bach flowers that he took for some time. I was a little skeptical about my son really accepting to take it, but in fact I was wrong as León actually loved taking his “magic drops” - as we called it - and, most important, he soon started to softly change his behavior. I think that somehow these flowers helped him. Nevertheless, what really got me of Cinzia is that she treated my son's tooth grinding. In fact, much more: she found out his tooth grinding (that I wasn't aware of but that in fact our dentist later confirmed) and she treated it with Craniosacral work! León easily connected with her, he was always very relaxed and good mood after the sessions of BCST and sometimes even fell asleep while being treated, something that I never thought might have been possible as he’s always been a very active child.
She’s now converted into my first health advisor and I do refer to her for almost any health issue, so to integrate natural remedies, whenever possible along the way. When I consult her I’m always amazed by her scientific approach, her down to hearth behavior, but also by her capacity of widening the scenario and trying to see the whole picture, to make things works for better. 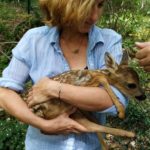 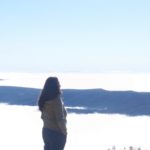 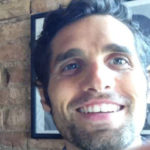 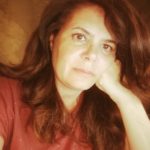 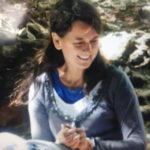 I have to be honest here, I have always been skeptical about organic cosmetics and probably around organic products in general. My feelings were that they are not as effective as brands that use a lot of chemicals to achieve an immediate (but temporary) result.
Cinzia came into my life and led me into a different approach on what we smudge onto our faces (and bodies) and how this can be beneficial to a different and whole new level with the right products, gestures, knowledge.
Things work better and more accurately if we use materials and substances that are natural and compatible with our skin, they can actually do wonders because - as I learned - they don’t blindly replenish or nourish our skin: they somehow “teach” our skin to work better and more effectively.
I am no expert to go in details, Cinzia did it for me and can for you, but I effortlessly changed my routine and products when it comes to hydration, cleansing, nourish and targeting my flaws.
Not to mention that I even spent less money as bio products can in fact be more affordable than big brands. It was an eye opening experience being guided toward a different and simpler way of taking care of my skin.
The treatments Cinzia advised me to use were more compatible and pleasant to use than my usual ones and most of all with a bit of patience I started seeing results that looks and feels more durable and reliable.
Everyone is different when it comes to skin and how we want to appear and it is crucial to rely on someone that can provide a personalized and targeted counsel.
Since more than 15 years I learned so much from Cinzia that I even influenced people around me in regards of natural skin care. I am spending less money and I am seeing better results, this is probably the biggest achievement in the intricate world of beauty products. 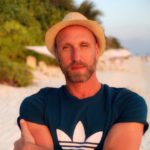 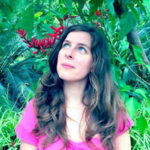 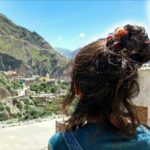 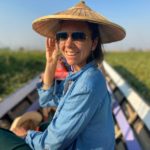 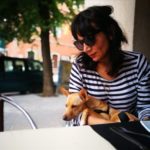 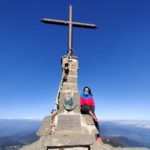